On the BlogChat Twitter Chat June 29, 2014, our topic was OpenMic and I was talking about photographs. I recommended the FREE Darkroom iPhone app which I have put at least 100 people on over the years I have used it. Please note the host of BlogChat is Mack Collier. 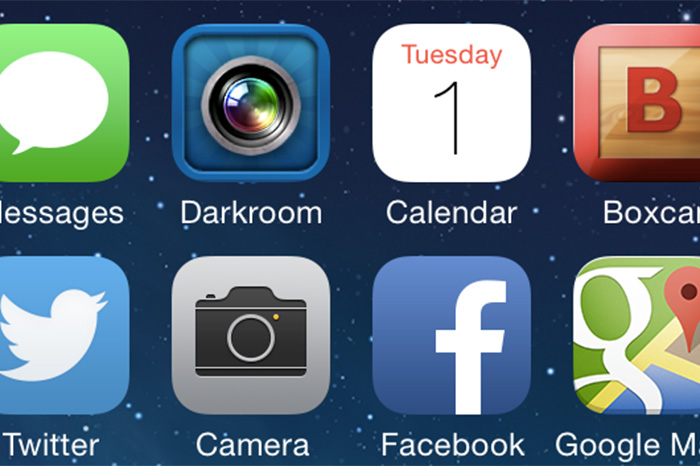 Free Darkroom app icon was still on my iPhone in July 2014. It has now been removed but I no longer need it (see end of this article for updates)

The free Darkroom app did one thing. It doesn’t let your camera take a photo until it finds a moment of stillness in the way you are holding your iPhone. This results in crisper photos. If you look at my Instagram, all of those photos are taken with DarkRoom. Over the years I have used it on an iPhone 3g, 4 and now a 5s. At the time I wrote this my husband Ray Gordon was still holding out for an iPhone 6 and was using the free Darkroom app on a 3gs. Ray’s primary camera was a Nikon D610 at the time but he has taken some great photos with his 3gs and DarkRoom. This is his Instagram which has only iPhone photos. (Art photos he has taken with his iPhone are not there due to photo theft issues.)

Ray used Darkroom in 2010 just after a major car accident in Nigeria. Battered, shaky and in shock, Ray was able to take photos of the accident scene thanks to the stabilizer feature of Darkroom.

For iPhones, be sure to install the free app: DarkRoom. It doesn't shoot till your hand stills, boosting clarity #BlogChat

I downloaded DarkRoom May 2009. I once did a side-by-side photo comparison with Linda Bernstein in NYC shooting a plate of bacon at the Roger Smith Hotel. We had the same level iPhone 4. I used Darkroom and she used the native camera. One of the things the DarkRoom app is especially helpful with is low light such as in a hotel.

Steply is available with the free Darkroom app but neither Ray nor I have ever used it. It does pop up from time to time but I just close it (this was mentioned as an irritation to some with the Pro version).

I want to give you what I was able to find out about the company that produces this app. I cannot in good faith recommend Darkroom Pro as I have never used it. The free Darkroom app that I have been using since 2009 is still on my phone but at the time I wrote this it was not longer in the iTunes store so I wasn’t sure what would happen with that. It has now been removed but I no longer need it (see end of this article for updates)

I most certainly will now stop recommending it.

If I find a replacement or if Stepcase show signs of supporting DarkRoom Pro, I will update this post to let you know. Please see my update at the end of this article. Stepcase is discontinuing the app entirely.

Current apps on iTunes by Stepcase

The Pro version of DarkRom has not been updated since 2011 and does not have good reviews. But it is still there for people with old phones who need it.

Their support link on the Apple iTunes store page goes to a blank page: http://support.stepcase.com/

About StepCase Limited, Creator of Darkroom

– My Order (I still have the email): May 27, 2009. free. Darkroom (formerly Steadycam), v2.2, Seller: Stepcase Limited
– The website link on the Apple iTunes store page is: http://stepcase.com/ nothing about DarkRoom here. This site is focused ONLY on their product Lifehack.
– Stepcase Facebook mentions Darkroom but they haven’t posted since 2010
– https://twitter.com/stepcase has not tweeted since June 19, 2016
– LifeHack Twitter and Facebook ARE active. https://twitter.com/lifehackorg
– The Hong Kong company directory listing for StepCase Limited:
http://www.hkstp.org/en-US/Company-Directory/Company-Details.aspx?itemid=22342#.U7HtRY1dXA4 (doesn’t mention Steply nor DarkRoom nor Lifehack) June 30, this page had the information below, today, the frame is there but the info below is now just white space:
Tel:
+852 51371760
Email:
contact@stepcase.com
Website:
http://www.stepcase.com
Address:
Unit 532A, 5/F, Core Building 2, No. 1 Science Park West Avenue, Hong Kong Science Park, Sha Tin, Hong Kong
Introduction:
Company Background Information:
Stepcase is a mobile and web applications development company and has produced apps such as Labelbox, Actioncam and Chaopin.
Contact Person:
Reserved

This TechCrunch article starts off by saying:
Stepcase Presents Chaopin, A Photo Viewer And Fashion Tracker
“Stepcase, the Hong Kong based-startup behind the 7.5 million-strong photo community Step.ly, is launching a photo viewer tailored for Sina Weibo, named Chaopin to provide users with consistent, intuitive and light-weight photo-viewing experience. According to Leon, founder of Stepcase, the idea of creating Chaopin stems from an experimental concept to create, design and develop an app in just two weeks to meet Chinese users’ needs of browsing Weibo pictures.”

Weibo is big in China and because of that I am guessing that Step.ly users may be primarily Chinese.

I have not used Steply but one of the comments in the reviews suggests it is like Instagram.

The founder of Stepcase Limited is Leon Ho.
On his LinkedIN: https://www.linkedin.com/in/leonho He lists Stepcase and Lifehack as separate companies. (We have some high level mutual connections on LinkedIn).

Steply is still in the iTunes store and is free.

Thanks a lot for your blog post and on-going support to Darkroom.

We removed Darkroom from the app store because it’s outdated and we no longer support it. It used to be super useful back to the old days (3G, 3GS, 4), but the camera lens on iPhone have been improved since then and it has large enough aperture to take good shots in low night situation. We are going to remove Darkroom Pro in this week as well. According to Apple, the app will stay on existing users’ phones, but it’s subject to Apple and App Store’s policy.

UPDATE: Test. Ray Gordon reports:
“I tested the native iPhone 5 camera app with the old Darkroom app.  Under good lighting conditions there is not a significant difference in the sharpness of the images.

However, there are two situations that could benefit from using Darkroom (or a similar application that only trips the shutter when the camera is absolutely still).  First, in low light conditions the camera shutter speed is slower in order to capture an adequate amount of light – which would accentuate camera movement and thus blur the image – even if you have a steady hand.

The second instance would be when shooting objects when you are moving (such as keeping up with kids playing, dogs jumping, etc.), the motion would be minimized by using a camera-stabilizing app.”