Kauai resident Bette Midler did a wonderful rendition of The Wind Beneath My Wings to complete the Oscars In Memoriam segment. If you are not yet following Bette on Twitter, I recommend it. 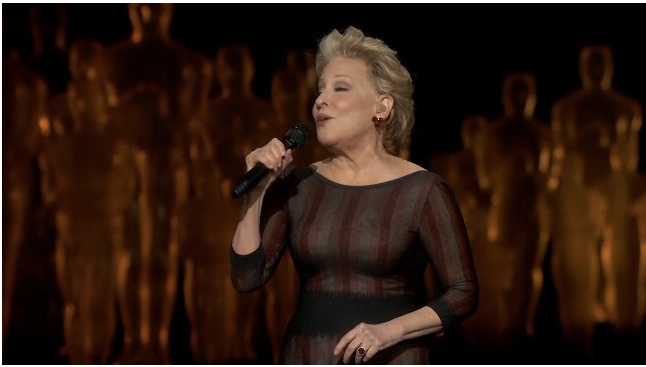 Initially I was presenting music and presentation videos from Oscar.go.com but they took them down, so I found the best YouTube videos I could.

Bette Midler performing Wind Beneath My Wings as part of the Memoriam segment. This video includes the Memoriam at the beginning, Bette follows that.

U2 performed Ordinary Love from the film Mandela: Long Walk to Freedom.

Pink performed a tribute to The Wizard of Oz for the 75th anniversary.

Favorite joke in Ellen’s opening monologue:
“For those of you watching around the world, it’s been a tough couple of days for us. It has been raining. We’re fine. Thank you for your prayers.”

There were many excellent acceptance speeches. Jared Leto, Matthew McConaughey, Lupita Nyong’o and Cate Blanchett were exceptional. (Still to be replaced). 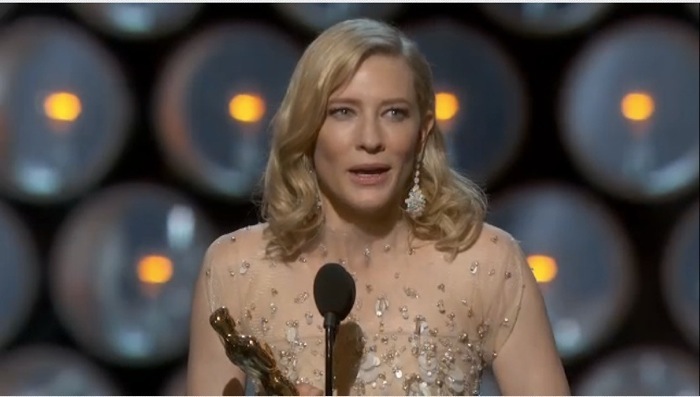 I enjoyed the Apple iPad Air ad quoting from the Dead Poet’s Society film and I’m glad they chose to participate.

The Google ad was good too, using Pixar’s Andrew Stanton — the director of Finding Nemo and Wall-E to illustrate story telling.

Here is what I think about the hugely expensive sponsorship by Samsung during the Oscars.

Samsung completely outspends Apple in advertising. That does NOT mean they have better products.

I lived in Japan for over 20 years. I traveled to Korea many times. This has affected my perspective on the tendency of manufacturers there to freely copy American products.

Danny Sullivan of MarketingLand posted this article showing that Ellen Degeneres was using her iPhone for her backstage photos and tweets and a loaner (or gift) Samsung for her on-stage tweets. The quality of the photo in this selfie with Liza Minella shot with the Samsung didn’t do much for their camera quality reputation.

Ellen’s crack about Liza Minella in the opening monologue was both unkind and not funny.
“And I have to say one of the most amazing Liza Minnelli impersonators I have seen in my entire life. Just really, seriously, good job, sir.”

Random Comment
Yes, Jennifer Lawrence fell again, this time on the red carpet. As she walked out on the stage to present the best actor award, she looked over at an offscreen part of the audience and said, “Why are you laughing? Is this funny?” This quip seemed a bit off but it is explained by PopSugar that Ellen was making tripping motions and Jared Leto laughed at that.

Social Media and the Oscars
I enjoyed Jimmel Kimmel stepping into a living room and talking to mean tweeters during the Oscars.

Kauai gets a delayed broadcast for the Oscars which had one plus – that it didn’t conflict with BlogChat but lots of downside. Mainly that we had to avoid finding out who won so that we could be surprised when we watched and we couldn’t participate in the live tweeting.

Oscar Party with Friends
All in all we had a very pleasant evening at an Oscar party on Kauai with friends.

Update:
Oscar post I HAD to add:
By Jennifer Lawrence’s date for the Oscars, her best friend Laura Simpson on being a non-famous person at the Oscars. Great read.

Needed to Replace Videos
Those pretty http://oscar.go.com/ official videos were TEMPORARY. So I needed to replace the music and presentation videos with YouTube videos.