You are here: Home / Commentary / Huawei Security Considerations From a US Expat Perspective

I went through and selected the most cautionary elements.

Why? As an American who lived and worked in Japan as an executive for 22 years, including market research on the small business marketplace for IBM in both China and Taiwan, I have insights into China tech that draw me to the security considerations side of the Huawei story. 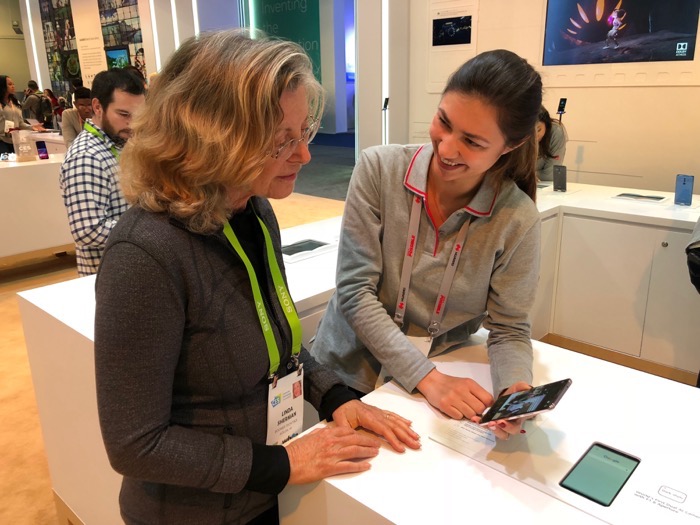 Checking out Huawei products at CES 2018

Pieces of the April 10 Los Angeles Times in-depth article on Huawei Selected for Their Cautionary Nature
“Interviews with Huawei employees and companies doing business with it reveal a widespread belief that the Chinese government has placed intelligence agents in Huawei offices around the world and that conversations are routinely monitored.

“The state wants to use Huawei, and it can use it if it wants,” the staffer in Shenzhen said. “Everyone has to listen to the state. Every person. Every company and every individual, and you can’t talk about it. You can’t say you don’t like it. That’s just China.””

“The Times could not find any of the original five investors Huawei named. They include Mei Zhongxing, manager at Shenzhen Sanjiang Electronics Co.; Zhang Xiangyang, a member of the Shenzhen Bureau of Development Planning; Wu Huiqing, an accountant at Shenzhen Petrochemical Co.; Shen Dingzing, a manager at Zhuhai Communications Equipment Manufacturing Co.; and Chen Jinyang, a manager in the trade department of the state-run China Travel Service in Shenzhen.

Huawei said it was unable to connect The Times to them either, explaining some gave up their stakes acrimoniously, requiring court mediation.”

“Though Huawei has never been caught spying, it has long been dogged by suspicions and controversy.

Take the case of the African Union headquarters in Addis Ababa, Ethiopia, whose Huawei-built IT system was a gift from China to the organization. In 2017, the French newspaper Le Monde reported a hacking of the headquarters’ servers via a back door installed in the system. For five years confidential data were transferred to Shanghai between midnight and 2 a.m., Le Monde said. China denied any role, and Ren said Huawei was not responsible for the breach.

In January, Polish police arrested Wang Weijing, a Chinese employee of Huawei, and a Polish national on suspicion of spying. Huawei denied any knowledge of Wang’s actions and fired him. Wang, formerly an attache to the Chinese consul general in Gdansk, had joined Huawei in 2011 as public relations manager.

The U.S. has been trying to slow Huawei’s growth by warning that the Chinese government has the ability to access Huawei hardware, and now software, in ways that compromise other countries’ telecommunications and infrastructure. American officials like to quote Michael Hayden, the former NSA director, who told the Australian Financial Review in 2013 that Huawei had collected intelligence abroad on behalf of the Chinese government. Last year CIA Director Gina Haspel told Congress that she “wouldn’t use Huawei products.”

Britain initially pushed back, noting it and Huawei had established an independently managed Cyber Security Evaluation Center in 2010 that enabled it to deal with any security risk. But last month British officials accused Huawei of failing to address a litany of security flaws in its software. Meanwhile, Australia and Japan have said they won’t let Huawei bid on public telecom infrastructure projects.

In March 2018, the U.S. Treasury effectively blocked Broadcom’s proposed $117-billion hostile takeover of San Diego’s Qualcomm on the grounds that Huawei might be the beneficiary should Broadcom, then a Singapore-based company that has since shifted to San Jose, cut funds for research after acquiring Qualcomm. “China would likely compete robustly to fill any void left by Qualcomm as a result of this hostile takeover,” Aimen N. Mir, a Treasury deputy assistant secretary, wrote.””