You are here: Home / Japan / I Remember the Year Japanese Men Were Carrying Chihuahuas

It was because of the commercial series by money lender AIFUL that featured a caring father holding a chihuahua called Ku-chan in his arms. The point of the ad was that AIFUL was a source for cash when suddenly needed, such as to get a dog for your daughter who has spotted one with soulful eyes in a pet shop cage.

This is the first ad of what became a very successful advertising series. 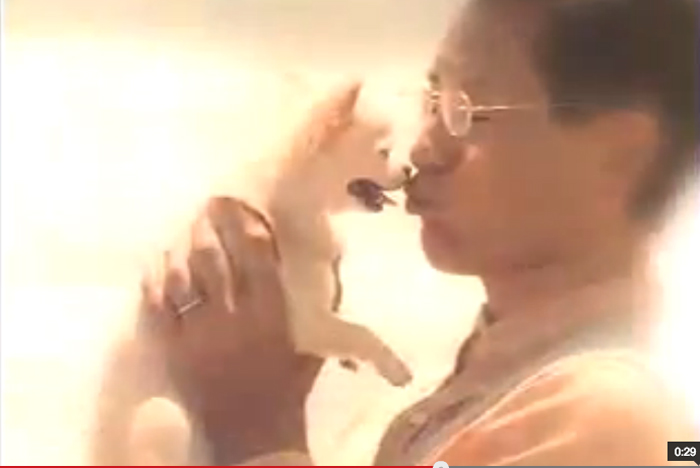