You are here: Home / Archives for japanese advertising 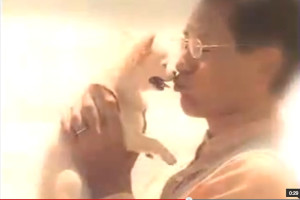 This blog post is in answer to a humorous tweet from @pbpartygirl Suzy McCoppin: "I'm sick of pretending I like chihuahuas" It was because of the commercial series by money lender AIFUL that featured a caring father holding a chihuahua called Ku-chan in his arms. The point of the ad was that … END_OF_DOCUMENT_TOKEN_TO_BE_REPLACED