You are here: Home / Conferences / About the Bing Shirt Last Night

How to dress for a tech networking party in Los Angeles. If you don’t want to answer questions about your shirt all night, refrain from wearing a shirt with someone’s tech brand logo on it. Why did I wear a Bing shirt last night? Well as I explained to everyone who asked in a shortened version of the following…..

First I put on a pair of tight Bebe black pants. Then I decided to wear a warm red jacket, that my fashionable step daughter Ariana Gordon Stecker had gotten tired of and passed to me, since I was going to be outside in Santa Monica at night.
So now I’m looking for a black top in my closet. I’m in a rush as I had gotten caught in a client thing while I was trying to get over for some sessions at Digital Hollywood before the reception. As the Bebe pants are within a year of purchase, they ride low. Last time I looked, low is the only choice for women’s pants right now. I have no problem with the way my stomach looks but there are times to display and times not to display. I put on a couple of black tops and when I raise my arm, voila – belly button.
Then I spy the Bing shirt. It’s nice and long. I put it on. Good shape to it. The cocktail reception for Digital Hollywood last night was sponsored by Microsoft so I thought, what the heck.
I should tell you that I am a Mac girl, which makes being a Microsoft supporter challenging. But I love the world of search and Bing is a good search engine so it seemed OK to wear it.  The few Microsoft people I ran into last night were pleased.
From Digital Hollywood, I went to Digg Swigg at the Viceroy Hotel which was fabulous. They served nice wine in good glasses. I was enjoying the conversation and general ambiance. So I decided to kick off my traditional Birthday Week on May 4th at the Digg party. My actual birthday is May 7. 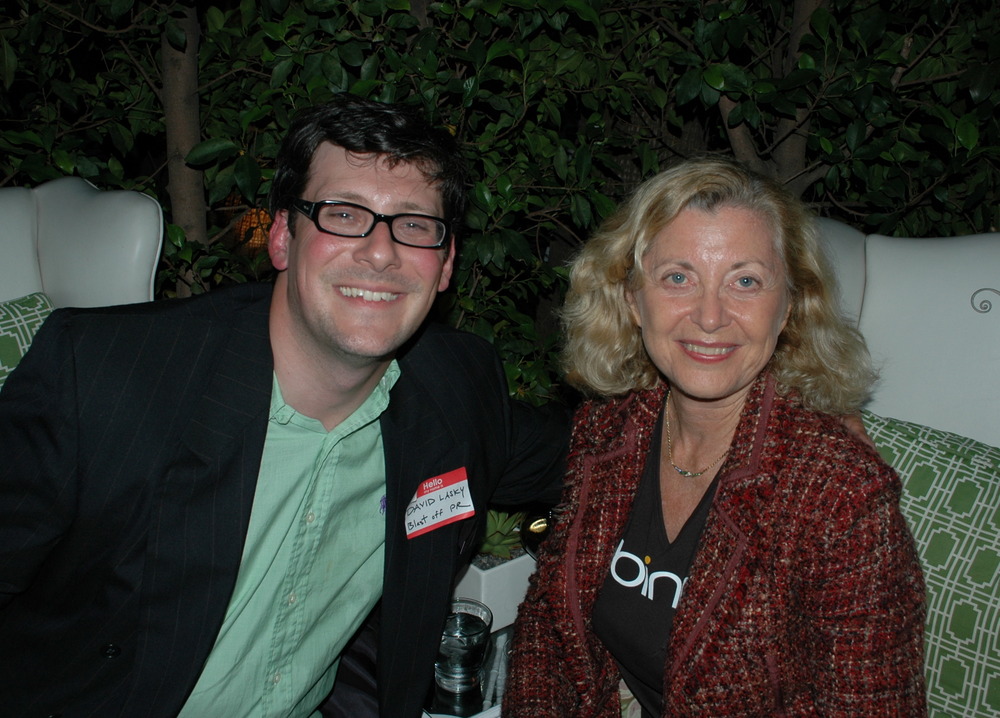 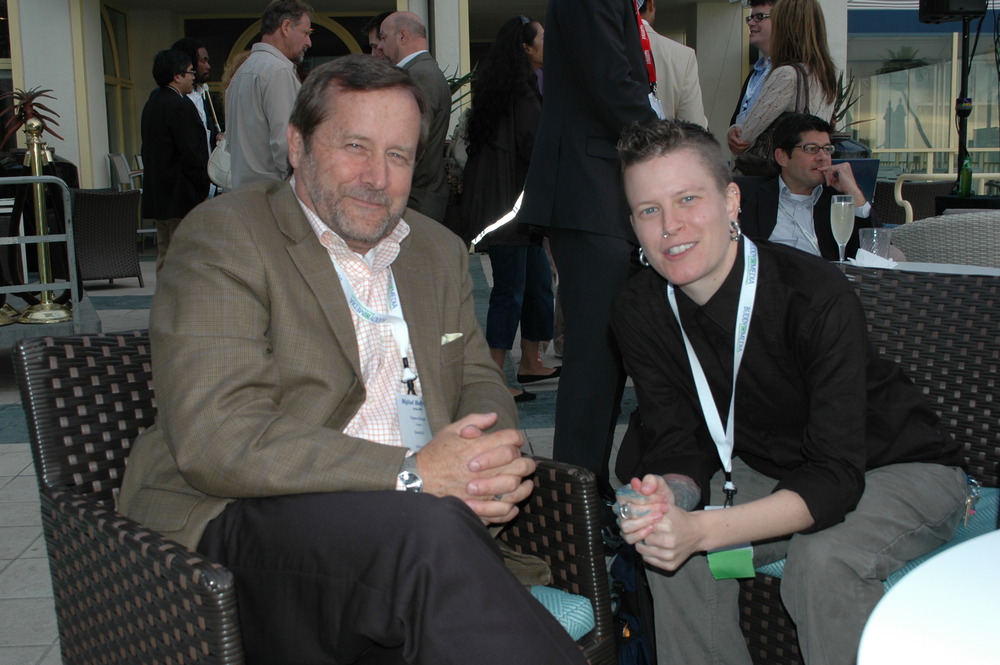 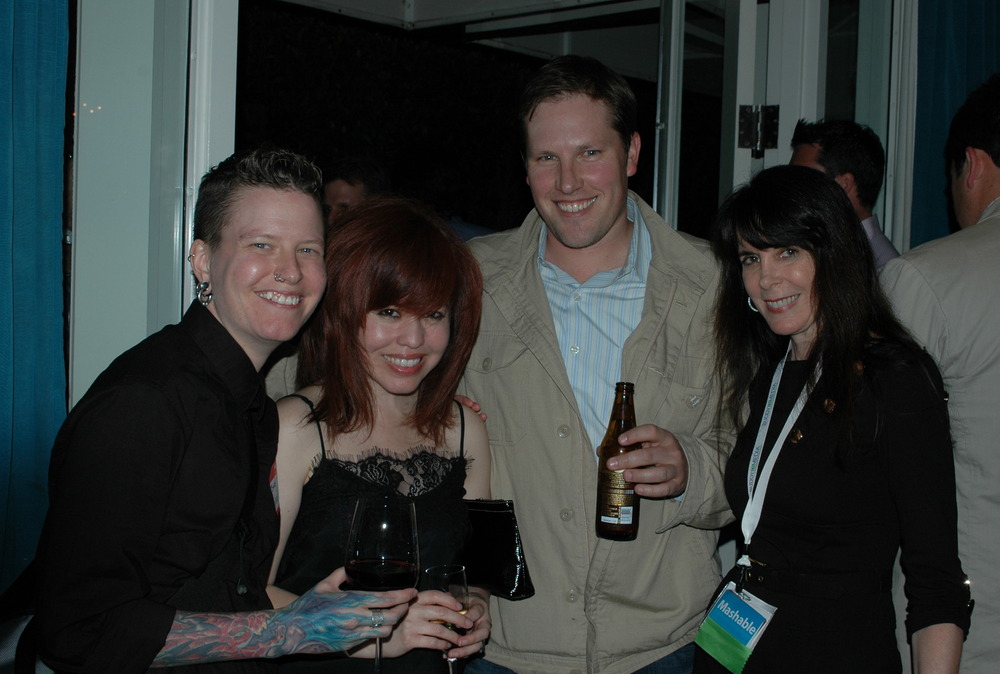